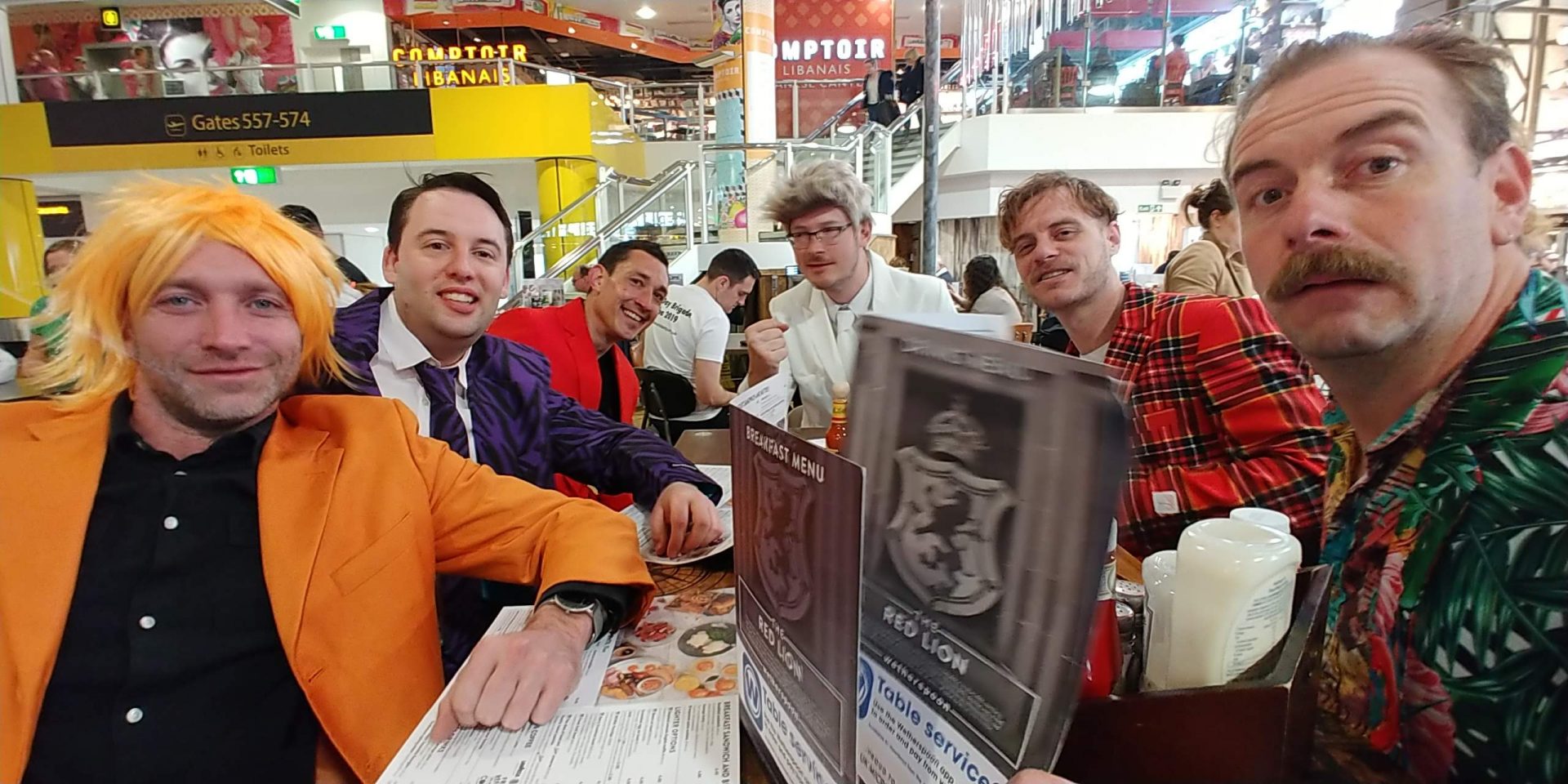 Stag do’s are a celebration of the groom to be and are a place for humiliation and drinking. The stag party members are expected to pay for the groom and can be a nice way to show your gratitude for the wedding invitation. Most stag parties are a chance to take boozing, silliness and embarrassments to the next level, giving the stag a lasting memory of what it is like to be a single man.

These types of stag do are, of course, the minimum requirement for a stag-do. There must be booze and there must be laughs and silliness. If, however, you want to take your stag do to another level, then you might do something like this best man did, to his groom to be. This is how it all panned out!

It all started the night before the actual stag-do, when a few of the grooms’ friends arrived on Friday night, a few weeks before the wedding day. It was a meeting where there was plenty of drinking and plenty of laughs with everyone hitting up a curry house before locking horns on pool tables and slamming a few Jägerbombs down. Nothing special here you might think, but this was just the build-up! The stag knew that something was going on, behind the scenes somewhere but was completely in the dark about the detail. He went to bed this night, thinking that this curry night was his stag do! But the poor lad couldn’t have been more wrong.

At 4 am the next/same morning the stag is woken from his half-cut slumber and handed a suit. Not just any suit, but a suit made of clouds. The best man is standing in front of him in an equally astonishing suit made of what looks like leaves freshly harvested from the Amazon rain forest. The stag is handed a sparkly golden top hat and is told to get in the car. Walking out to the car, a van pulls up and out pops a couple of other cats, dressed in their eye-catching suits. It’s dark outside and all seems a bit surreal to the stag but in the car he gets with the others and they’re off up the motorway. But off where exactly?

Off to the airport of course. They chug up to Gatwick airport where they are met by the lads from last night at the curry house (minus the bride to be of course). One in a purple tiger skin suit, one in a pearly white suit and one in a bright orange suit, all with fetching wigs. The stag do jigsaw is now complete with everyone in their place, so its a quick breakfast before heading off to the departure gate. At this point, the stag himself has no idea where he is going.

Approaching the departure lounge all becomes clear, we are off to Amsterdam! The stag has never been to Amsterdam before but has heard a few stories from people that have, and is getting a bit excited by this point. Just as planned no doubt!

The flight to Amsterdam from London, Gatwick is literally an hour. Just as you are getting comfortable in your seat, the plane starts to lower its landing gear, ready to touch down. It’s so easy.

The weather in Amsterdam is fabulous, warm and sunny, not the best weather for polyester suits so it’s off to the hotel to get changed into some shorts, via a pub or two, or three.

After getting changed its time to get the ball rolling with a few pints (Heinekin of course!), some magic mushrooms (aka magic truffles) and a few space cakes. Not before long they all had ridiculous smiles on their faces for no apparent reason, talking mostly nonsense and giggling a lot. It’s a good place to be, settling in nicely to the Amsterdam way of life.

After visiting a few more bars and playing a bit more pool and eating the rest of the magic food items, the best man announces that there was a dinner reservation at 6 pm sharp. The restaurant was a steak house serving only the best beef accompanied by some excellent red wine. There was a lot of banter and much rejoicing.

In the day the centre of Amsterdam is buzzing, just like any other European city, but after dark, the shops close up and everyone heads down to the party, the red light district.

A pretty fantastic first day comes to an end and everyone heads back to the hotel, to get some rest. If this stag-do came to an end at this point, everyone would have been happy, but this was just the beginning.