Home Occasion Bah! Humbug! Not this Christmas thanks! 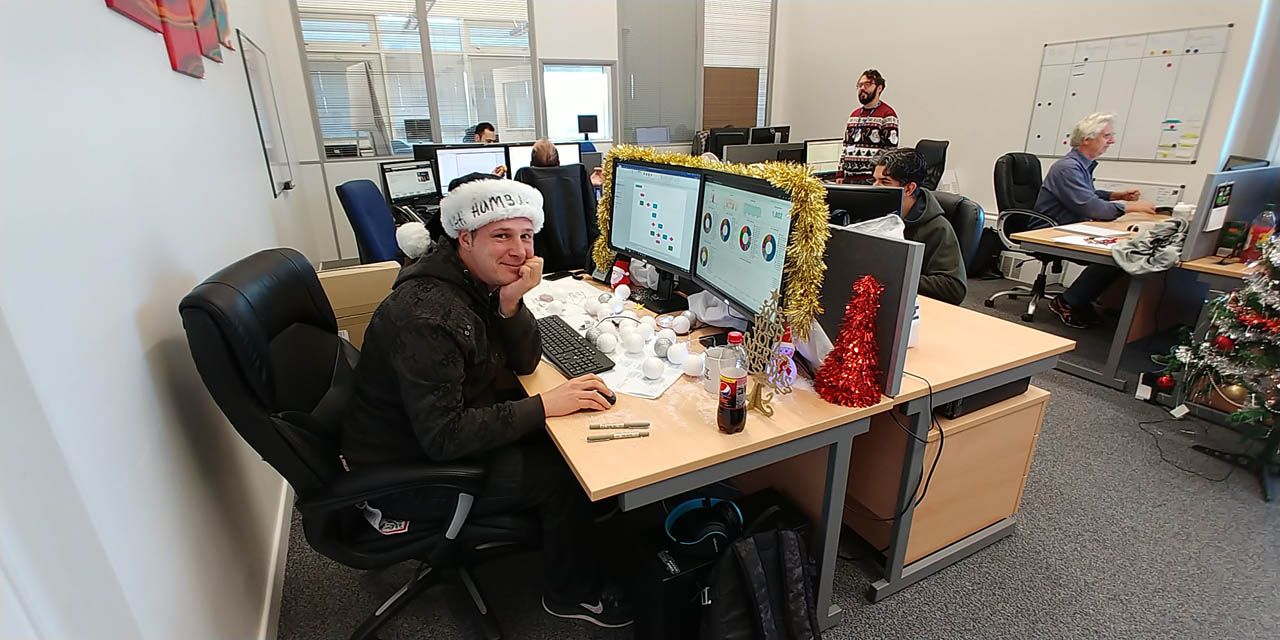 When you’re slogging your heart out all year at work to pay the bills and having spunked all your holiday by April, the only thing to look forward to for the rest of the year is Christmas. Normal people just go with the flow but, there is always one person in the office that tries to spoil it for everyone else. Wearing Bah Humbug! hats, poo-pooing other co-workers attempts to get into the Christmas spirit and just being a very miserable, grumpy and sometimes old bastard is no way to behave at this time of year.

Until this kind of behavior becomes a criminal offense, the only way to combat this selfishness is to exert a bit of Christmassyness upon them.

Take this guy as an example. In our office, he had the Bah! Humbug! hat in full swing. The anti-Christmas spirit was strong in him and before this picture was taken he looked like a miserable, dejected, downcast, despondent, gloomy excuse of a man who hated Christmas and everything associated with it.

But then.. the appropriate action was taken!

To save him from topping himself his co-workers brought the Christmas spirit to him. They decorated his desk with glittery fake snow, tinsel, a pair of LED light up Santa and Snowman weebles, baubles galore and even went the extra mile and added some fake snowy meadows at the back, to give the whole visual experience, a real feeling of depth.

Upon returning to his desk and seeing what we had done, we could see the spirit of Christmas enter his body and a transformation took place. No longer was he a depressed, sorrowful, despairingly boring, woeful and possibly suicidal, ugly middle-aged man, but the complete opposite.

He had been transformed into a giddy,  joyful, soul who was looking forward to Christmas. We even think he lost a little bit of weight as he smiled, radiantly back at us, as if to say Yes!, Yes! Thank you all so much for showing me the spirit of Christmas.

In light of this recent revelation, he has decided to set up a helpline to help other people who find themselves needing a Christmas injection.