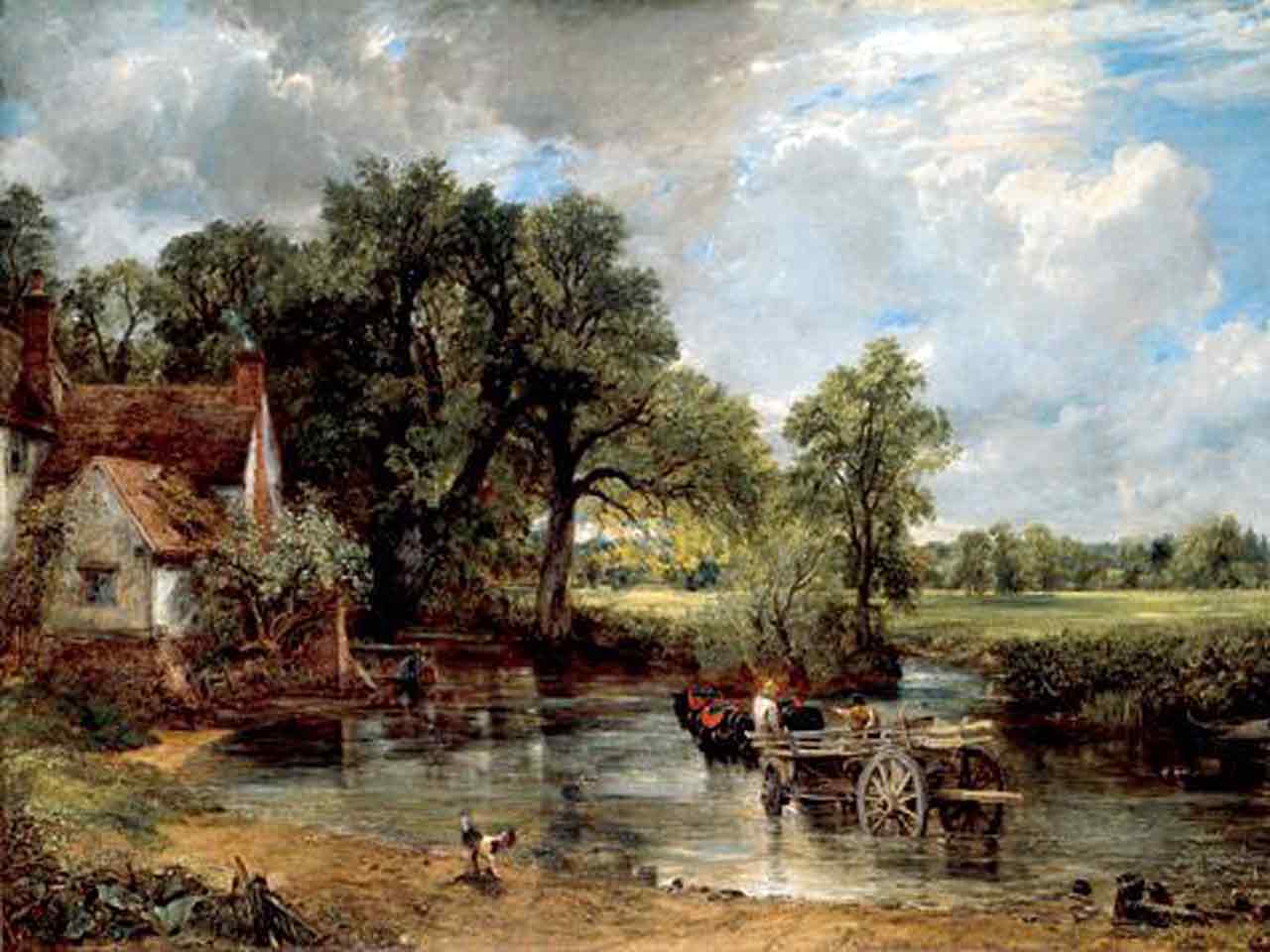 Flatford Mill is a Grade I listed watermill built in 1733 on the River Stour at Flatford in East Bergholt, Suffolk, England. Attached to the mill is a 17th-century miller’s cottage which is also Grade I listed. The property is in Dedham Vale, a typically English rural landscape.

The mill was owned by the artist John Constable’s father and is noted, along with its immediate surroundings as the location for many of Constable’s works. It’s referred to in the title of one of his most iconic paintings, Flatford Mill (Scene on a Navigable River), and mentioned in the title or is the subject of several others including: Flatford Mill from a lock on the river Stour; Flatford Mill from the lock (A water mill); The Lock. The Hay Wain, which features Willy Lott’s Cottage, was painted from the front of the mill.

The mill is located downstream from Bridge Cottage which, along with neighbouring Valley Farm and Willy Lott’s Cottage, are leased to the Field Studies Council, a group that uses them as locations for arts, ecology and natural history based courses.

We caught up with the family taking in the delights of the countryside down at Flatford Mill on the bank holiday Monday weekend. Taking boat trips and walking through fields of cows in the sunshine it looked like they were having a great time.

Upon arrival they headed for a picnic area in the RSPB garden where they had ham and cheese wraps, sandwiches, strawberries and loaded up on plenty of juice. Inside the RSPB nature enclosure there was lots to see and do including skittles, an activity search and lots of bugs and birds to investigate which the little ones really enjoyed.

After having a stroll through the enclosure they came across a jetty where you could hire a row boat for an hour or two. £8 an hour or £5 for half an hour was the price and the crew of four took to the water whilst the others took the less strenuous option of going with a boat with an engine. The English countryside did not disappoint and one could see why Constable was inspired by this area and produced such fantastic paintings.

After the boat ride it was time for a stroll, a stroll with cows. It could be quite unnerving to be in the company of a couple of hundred free roaming cows, but they took it all in their stride and even stopped to get a few snaps with them and you cannot go to Flatford without visiting the famous mill. The mill was only a 10 minute walk from the cows so off they went, with the kids entertaining themselves along the way.

The mill, which was the subject of Constables most famous picture [The Hay Wain] hadn’t changed much and with a little imagination could place yourself in Constables shoes, paintbrush in hand. The kids seemed to enjoy it too, throwing stones into the glassy waters and watching the ripples drift across the water to the reeds at each edge.