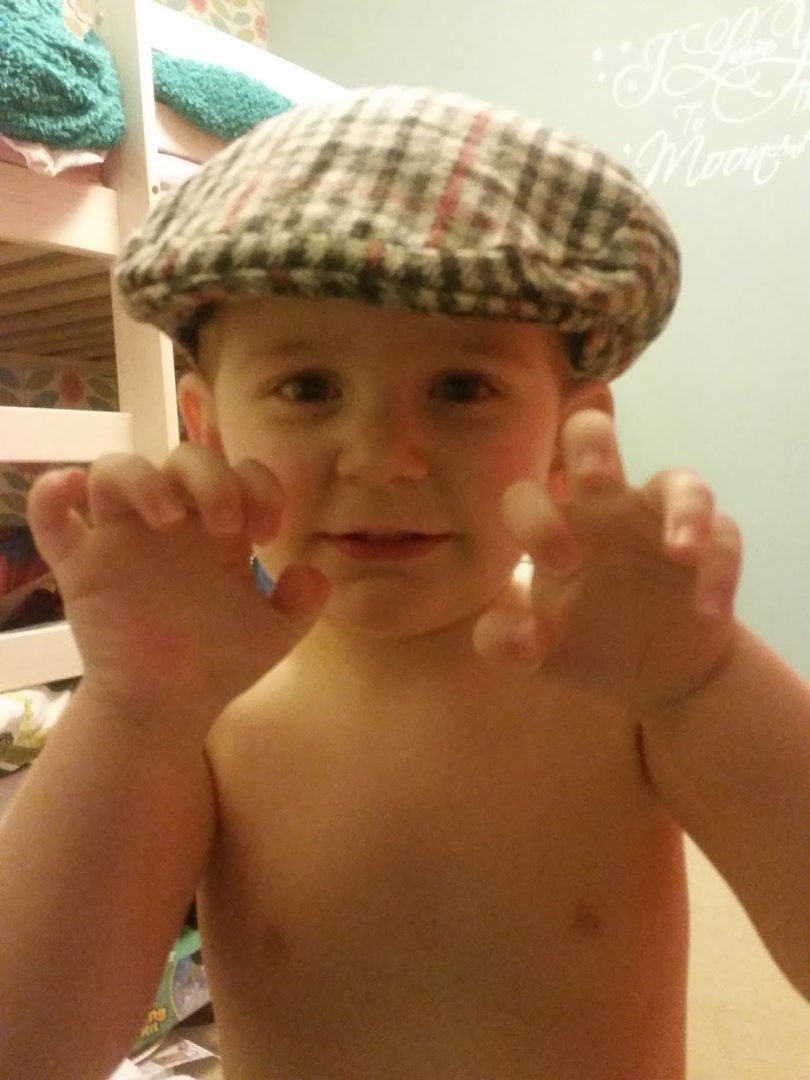 The hat had been put away in such a safe place that it was thought it would never be seen again, but as these photographs prove, it has re-emerged and made its way atop the boy.

Reports say that the boy, although surprised was not in the slightest bit scared and said the foreign object made him feel powerful..like a tiger or a grizzly bear and was very comfortable.

Now a little bit hairier and a little bit smellier than before, the small boy says he and the hat have become good friends and are looking forward to some excellent adventures together.