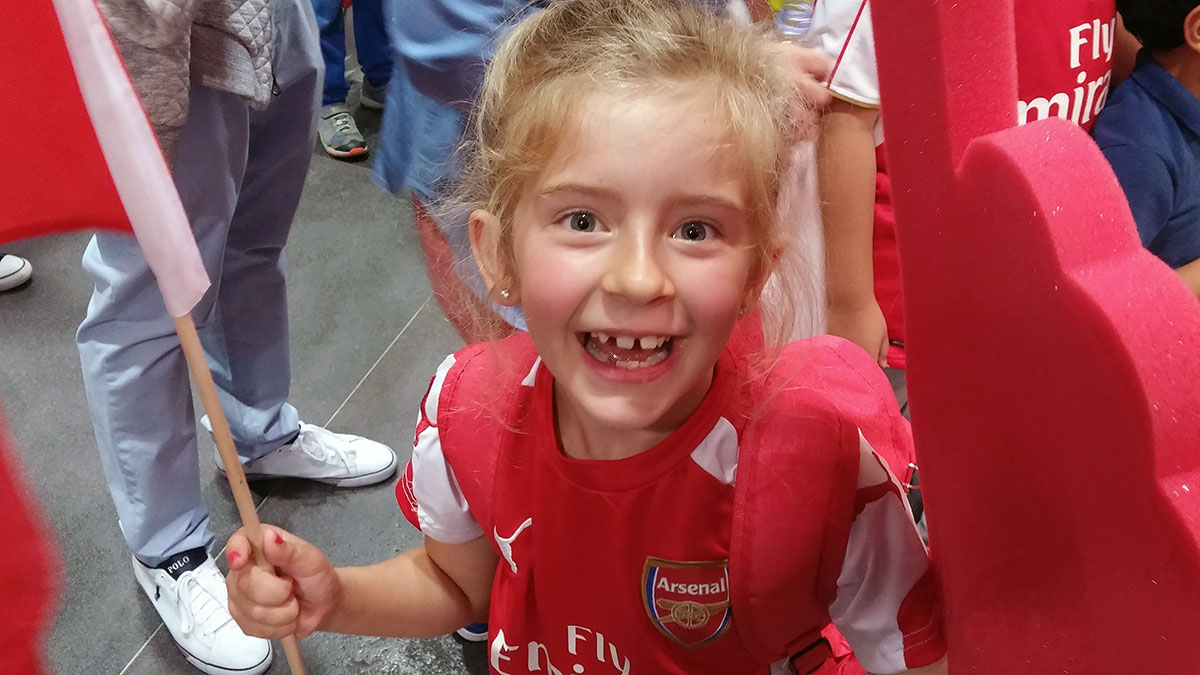 A classic meeting of the premier league titans this weekend at Wembley stadium for the Community Shield. Arsenal come into this fixture having not got the better of Chelsea for some time and it’s about time.

It’s the first trip to a proper football match for this junior gunner and what a way to start, Wembley stadium and one of the juciest fixtures of the season.

Walking from the tube up to the new Wembley is a busy but exciting affair a mixture of red and blues all the way, then they branch off to the left and right depending on allegiance.

It’s a 50/50 split throughout the stadium, half of it blue and half of it gooner red. The red half is in good voice as usual..putting the blues to shame showing them exactly how bad shouting supporting should be done.

Looking across the stadium it’s hard to believe that what you are looking at is 30,0000 people looking back at you. Football stadiums, infact any stadium when full is a sight and offers a unique atmosphere you just cannot get anywhere else.

When walking in the junior gunner is not really sure what is going on and looks a bit shell shocked. Each seat has a flag on it and everyone around is waving theirs about. A reassuring arm from her uncle and a bit of encouragement to wave that flag around soon settles the little one and she’s in the zone and we’re all singing along as one.

The game itself was no goal fest and it’s always a shame when you travel all that way to see your team play and there are no goals scored or your team loses, but today was not destined to be a day like that.

Arsenal smash one in and the red half of the stadium ignites and everyone goes bananas. The poor junior gunner gets thrown in the air a few times and there is much rejoicing.

The game finishes one nil to the mighty Arsenal who win the Community Shield in 2015.