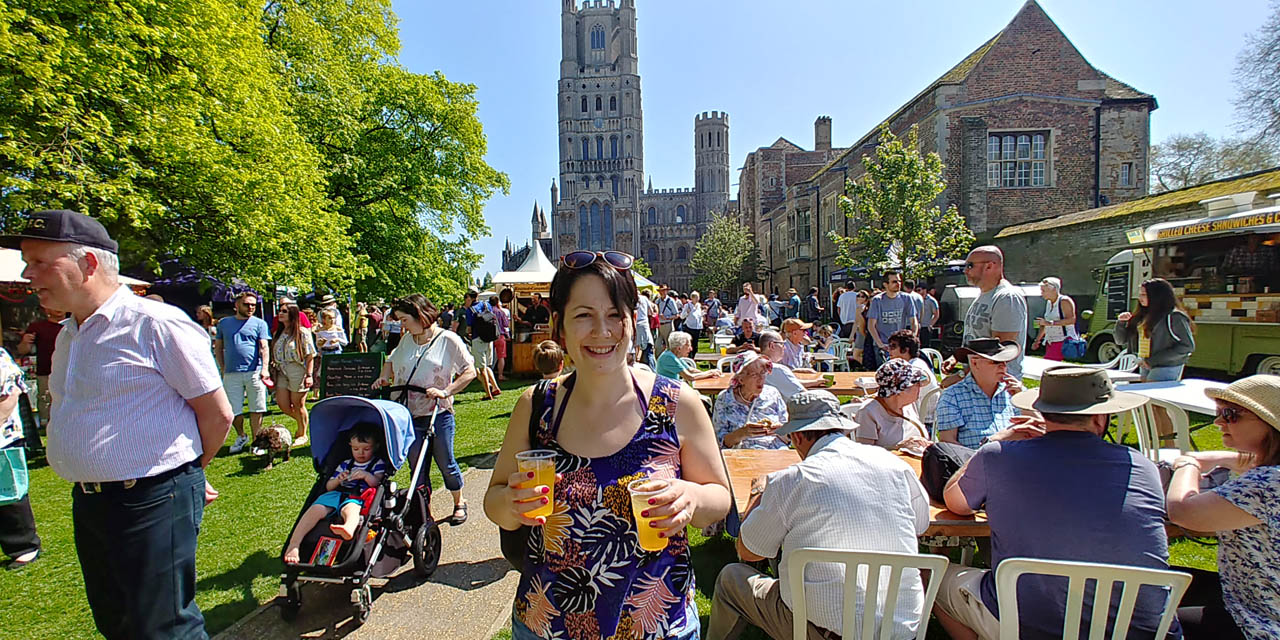 Ely is a cathedral city in Cambridgeshire situated about 14 miles north of Cambridge. Ely itself is built on a 23 mile sq Kimmeridge clay island which at 85ft is the highest land in the fens. Major rivers including the Witham, Welland, Nene and Great Ouse feed into Ely making it the perfect place for boating enthusiasts. The economy is mainly agricultural now but before the fens were drained it was mostly the harvesting of osier (willow) and sedge (rush) and the extraction of peat were important activities, along with eel fishing from which the settlement’s name may have been derived. The production of fudge, we found, has also become very popular in the area, much to the delight of visitors.

The Cathedral Church of the Holy and Undivided Trinity of Ely (to give it its full name), dates back to 1083 (as it stands today). It was given its cathedral status in 1109 and is architecturally outstanding both for its scale and stylistic details. Having been built in a monumental Romanesque style, the Galilee porch, lady chapel and choir were rebuilt in an exuberant Decorated Gothic. Its most notable feature is the central octagonal tower, with a lantern above, which provides a unique internal space and, along with the West Tower, dominates the surrounding landscape.

For a small city, Ely has a lot offer. There is the peaceful and picturesque Fenlands waterway which can be accessed via Ely waterside, the Cathedral which dominates the whole area and starting in spring the festival season begins to celebrate Eels mostly (throwing them, kissing them, jellying them and of course eating them). The town centre is small, tidy with some great little shops to uncover and is worth a look.

We could not resist when we were invited to come along by a couple who were paying their first visit to the area on a beautifully sunny bank holiday weekend in May.