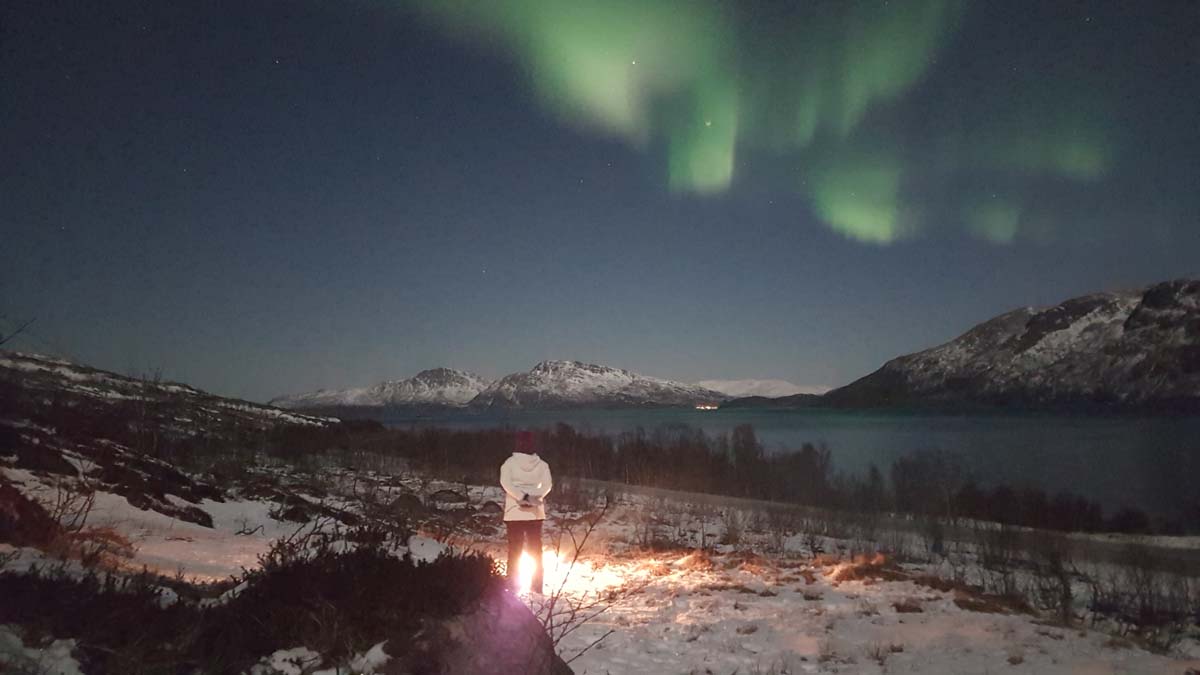 The city of Tromso in Norway is the perfect launch pad for catching a glimpse of the Northern Lights. It sits at 70 degrees north with a KP1/KP2 aurora index. If you would like to know more about the KP index or other factors that affect the northern lights you can check out the European Aurora Service website for all the info.

There is no shortage of operators willing to take you out on any number of Northern Light tours in Tromso, where you will get on a minibus/coach with other northern lights chasers and drive out of city north to the coast or inland towards the Finnish/Swedish border looking for clear skies. Some include meals and drinks with prices for a tour ranging from 950 NOK all the way up to 4000 NOK. The cheaper tours are the ones where there will be more people accompanying you, sometimes 15-20 people with the top end price getting you a more personal experience. The general rules of seeing the lights are that you may not see them at all and that you may be travelling around for 6 or 7 hours looking for them. If you don’t end up seeing the lights then you will not get a refund, but a discount on going on the same tour for a second night for half the price. When we were researching we were put off by this and decided to hire a car instead. The roads are well maintained with a fleet of CAT bulldozers that scoop the snow and ice off the roads. We hired a car from Sixt car rentals (they provide cars in Tromso with studded tyres as standard). Having arrived at Tromso airport the Sixt desk is right in the foyer and we collected our car. The car was less than 6 months old and had all the mod cons (even heated seats) which were great. The car hire for 4 days came in at 2400 NOK, which between two was a lot less than what it could have cost paying to get on the tours, and we were in control of what we did. Since returning we can confirm that the roads, although icy and snowy were easy to navigate with the car we received, so thanks to Sixt car rentals for that.

The southern route out of the city takes you away from the coast down the E8 past Ramsjford down to Laksvatn and further. We didn’t go too far south because of the clear skies so close to the city.

Our plan for the evenings that we ventured out was to simply drive out Tromso, away from the city lights and stop somewhere where it was dark, with no street lights or houses. It’s easily done and takes about 30 mins either north or south. We were lucky enough that the 5 days we spent in Norway the skies were very clear and even though the solar activity was not at it’s best we got to see the elusive northern lights on both occasions. Snapping them with a smartphone (Samsung Galaxy s7) camera is also a challenge, the results (which are pretty bad, and we used a tripod) can be seen below.