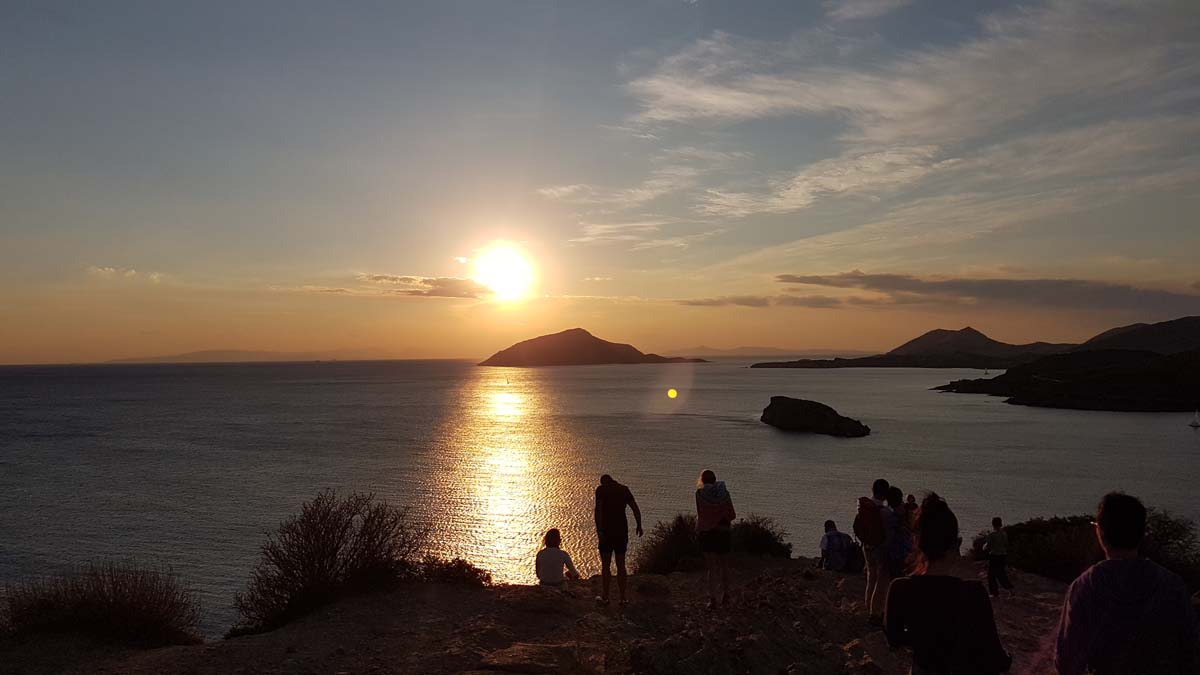 Athens has a contrasting mix of modern living dotted with ancient ruins and a nearby coastline to the south west. With its 5th century BC landmarks pointing back to a once great empire this is a bustling place with lots to see and do, perfect for a weekend city break.

Having promised friends that if we ever visited their homeland country we would pop in to see them. After spending a relaxing week in Cephalonia it was time to do some sightseeing and keep our promise.

Getting to Athens in late September we missed the searing heat, which we have been told can reach as high as 50 degrees. The temperature was around 22-28, which was ‘summer holidays’ for us Brits but ‘getting a bit chilly’ for the locals. Our two hosts did a magnificent job of making sure we made the most of our short visit, showing us round the city centre and taking us to some of the best, most authentic places to eat. Being shown around by friends with local knowledge makes a big difference. We spent our first day taking in the sights of the city of Athens, stretching our legs seeing a few landmarks and ending up in TGI Fridays for dinner. We also managed to watch Arsenal smash Chelsea thanks to the wonderful staff. We asked them if they would put the game on for us and they assigned us seats at the bar in front of a nice big TV and then put the game on, just for us. Nothing was to too much trouble and the staff and food were great!

From the bustling city with all its shops, restaurants and cafes our second day took us to the beaches to the south. The city is manic with people rushing all over the place and the south is very much more laid back. In 40 minutes from the city centre you are at sandy beaches with trendy wine bars and the laid back life and if you like yacht spotting then this is the place to come. Here we bumped into some friends of friends who suggested a café/wine bar to visit where we spent a few hours lazing around and chatting then it was off down the coast for dinner at a secluded fish restaurant before watching the sunset at Temple of Poseidon at Cape Sounion, bringing to an end to what had been a jam packed couple of days in Athens.