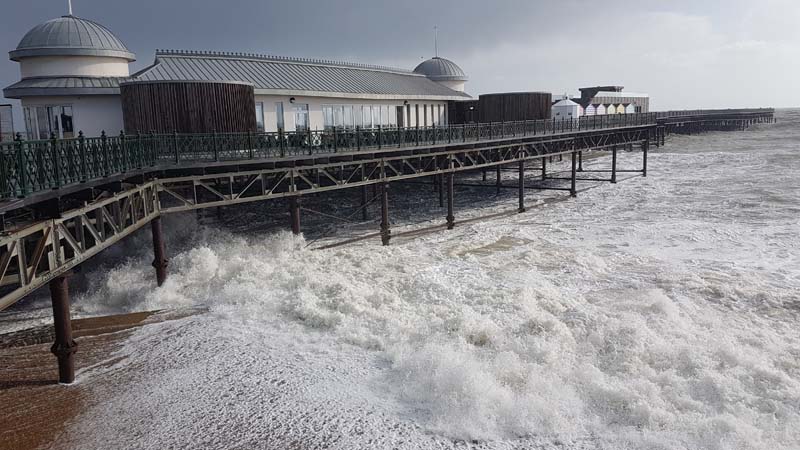 Storm Brian hit Hastings seafront this weekend turning the whole beach into a big bubble bath. With gusts of around 70 mph and some big ol’ waves it was quite the spectacle. The sea was full with waves so high they touched the underside of the pier.

It’s been a long time since we’ve seen a storm like this in Hastings with some of the smaller members of the team having never seen such a thing.

Armed with waterproof jackets and scarfs they headed down to the pier to meet Brian in person.

The bravest members getting up in Brian’s face from down on the beach. One member of the team (the little one with the felt tip moustache) stuck to Brian big time by throwing pebbles and colourful language at him in the hope he would leave Hastings and move on.

Much to everyone’s surprise, the plan worked and shortly after that the cloud cleared and the sun came out.

Safe in the knowledge of a job well done it was time to dry off with hot chocolates all round. Yummy!

Flu! You swine! A close one for auntie.