Home Sport Arsenal vs Newcastle at The Emirates 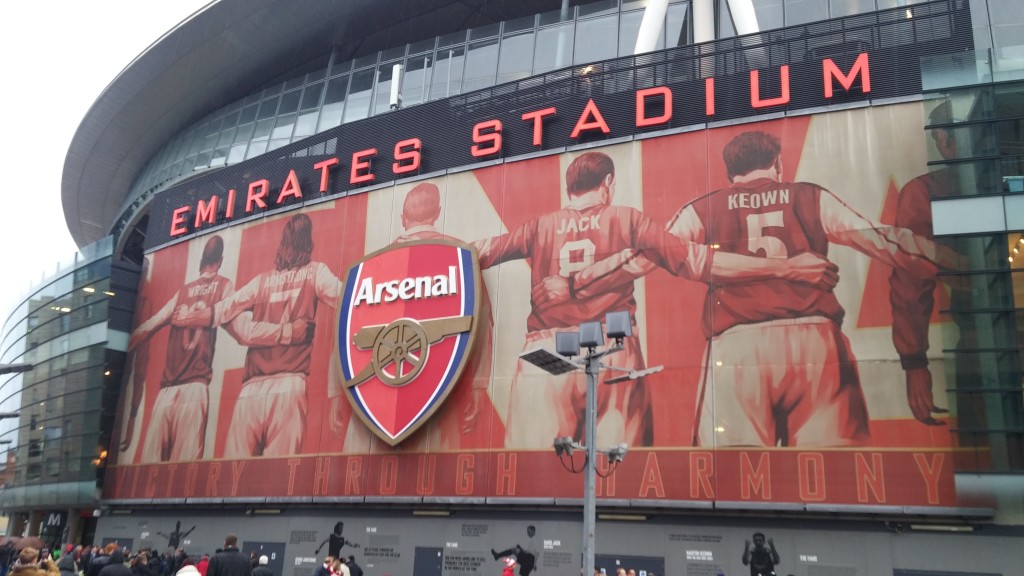 It was a moody afternoon weather wise on the day of the match but that did not take away any of the excitement these loyal supporters had as they made their way to the Emirates stadium for the 3pm kick off.

Having set off early on the train they made the journey in good time having plenty spare to do a bit of shopping in the Arsenal shop. After which it was time to grab a bite to eat in the Park Café. A proper greasy spoon affair serving everything from pie and chips and roast dinners to moussaka and soups and everything in between. An English fry-up was the order of the day which was surprisingly tasty and not too expensive.

Then over the road into the Emirates, home of the mighty Arsenal football club.

Arriving about an hour early to a match gives you time to have a look around the stadium, find your seats and get a idea of where the toilets are and where to get refreshments at half time.

The Emirates stadium holds 60,260 people, the third largest stadium after Old Trafford and Wembley. If you wanted to build yourself an Emirates you would need about £390 million quid. The stadium looks beautiful from the outside and even better on the inside. It seems like the people on the opposite side of the stadium are miles away and the view of thousands of Arsenal fans all chanting as one, is hard to put into words.

The Arsenal team mascot Gunnersaurus was doing the rounds before kick-off with somebody managing to push himself to the front of the queue and bag a cheeky photo with the famous dinosaur.

Arsenal vs Chelsea at Wembley Stadium