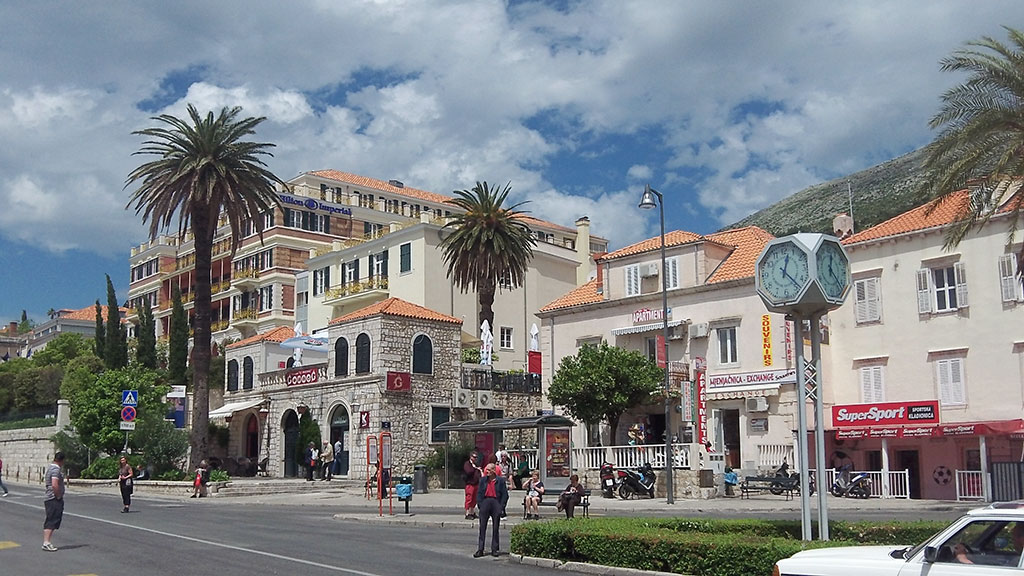 Dubrovnik the Pearl of the Adriatic is beautiful and one of the most magnificent walled cities in the world. Set right on the Adriatic it was once the capital of the sea-faring Republic of Ragusa. During its time of wealth, the golden age in the 16th Century it had one of the largest naval fleets in the world. Known as the ‘Pearl of the Adriatic’ Dubrovnik is the proudest feather in Croatia’s tourist cap, an elite destination and one of the most beautiful towns in the Mediterranean.
Our travel correspondent managed to grab a quick interview with a couple returning from their recent trip to Dubrovnik, and this is what they had to say about their trip.

You really do get the feeling of that wealth when walking down the street of marble in the old town.
The old town is completely pedestrianised with plenty of restaurants serving up top-notch seafood. Heavily influenced by Italy you will have no trouble finding a proper cup of coffee, a nice Italian beer or a creamy gelato. We visited in September so it wasn’t too busy or too hot, leaving us to enjoy the delights Dubrovnik had to offer without too much hustle and bustle you get in the height of the summer months.
We stayed in a hotel out of the city centre because it was cheaper and with only a short bus ride into town from the hotel we found it most convenient. The buses were frequent and not very expensive.

Just down the road from our hotel, a short walk down the hill was Lapad. A nice little place with a handful of well-placed restaurants and café bars overlooking a beautiful bay where some of the big cruise ships come to play. A really nice place to spend an hour or two relaxing and taking in the sights over a fresh orange juice or lemonade.

From Dubrovnik, you can catch a ferry which circulates around a handful of islands, all within an hour of each other so visiting two or three in one trip is not impossible. We took the ferry to Lopud as we had heard there was a magnificent beach on the other side of the island from where the ferries docked. Arriving at around 10 am at Lopud harbour from a 40 minute trip from Dubrovnik we took in the sights for a while then headed out into the wilderness. We were told that the beach was only a short walk away and was pointed in the right direction by a shop keeper. What we weren’t told was that it was a wooded and very rocky path which after walking for 30 minutes has almost destroyed the flimsy espadrilles we were wearing. Soon enough we saw the light at the end of the tunnel and were greeted with a fantastic view of a sandy bay with a rustic looking shack serving up cold drinks and freshly caught Blue Fish which were roasted on a BBQ. It was amazing and we settled down under a palm to take it all in.

We spent the afternoon on the beach sipping cold drinks and watching the boats coast in and out and with the sun setting it was time to catch the ferry back to the mainland. This little gem is a must see if you have the time to explore, with a word to the wise; bring some proper footwear.
We arrived back in Dubrovnik old town and took a stroll along the harbour in search of a bite to eat and a glass of wine. We were welcomed by a local playing the piano in a waterside restaurant and were enchanted by how romantic the setting was. A bottle or two later and some excellent fish dishes, it was time to head back to the comfort of the hotel to draw them close to a truly memorable day in Croatia.

There are plenty of things to see and do in and around the Croatian capital. Whether it’s exploring the old town and seeking out the hidden bars set into the rocky cliff edges that surround the town, where you get a nice cold drink and some bread and olive oil as you sit back, relax and peer out over the beautiful azure coastline. Or if you prefer to be a little more active, we managed to book ourselves onto a sea tour by kayak, a great way to see the coastline from a different angle and if you have a waterproof sports camera with you can record the whole thing as we did, a video snippet of the day can be seen below.

Overall it sounds like Dubrovnik is a great place to visit whether you plan on staying for a couple of days or a week like these guys did, there is something for everyone.